It’s hard to believe that it has been over a month since my last post.  I must apologize to all my readers. Since Labor Day there hasn’t been much happening in the park.  Most of the time I have my feet up looking for things to do.  I have to thank Kim , the manager and Eric , the owner for allowing me to stay and I just helped when needed, even when it wasn’t 15 hours. 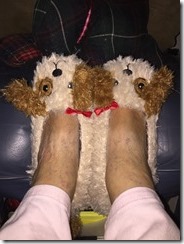 (I finally found my new slippers that match my robe)

One of the things that I have been doing is supporting a couple of other artists in the area.

Be low is one of them, Christine, of DEDE Collages.  This was her first Show held in  Isleton where I have some of my paintings displayed. 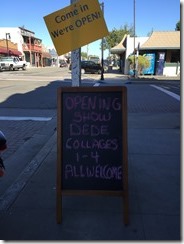 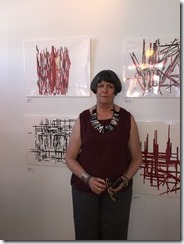 One of the few things that I did after the end of the Season was to create the sign announcing the Sine and Art Faire that was held in the park on two consecutive Saturdays. 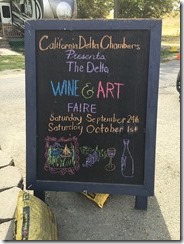 There were quite a few vendors.  One of them was Paulette.  She creates cards. 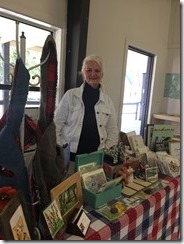 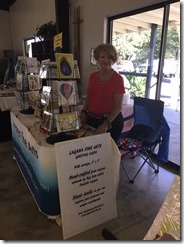 After the Faire was over she came back to my MH for a visit.  We had a great visit, however when I packed up my stuff in the car, I messed up and broke the door latch on the rear doors of my Mini

Later in the week I went to the dealer to find out how much it would cost to fix it.  Can you believe how much things cost at a dealer?  I checked with my son and he advised me to wait until he could take a look of it.  He was able to get the doors open and repair the latch.  Instead of over $700.00 it only cost about $130 for the part in addition to the $175.00 for the cost of the quote.

One other good thing that happened while I was waiting for the quote, I sold the two paintings below to a woman that was also waiting for her car.  It was kind of neat that a perfect stranger would do that. 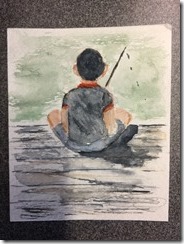 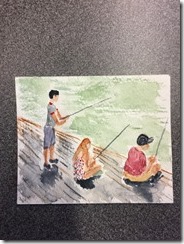 A couple of weeks later John and I toured the USS Hornet docked in Alameda.  After it was de-commissioned, it was scheduled to be scraped, but was saved to create a museum.  If anyone is interested in our military history, it would be a great thing to support. 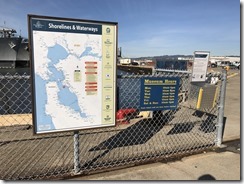 The USS Hornet was the Carrier that retrieved the Astronauts from the Apollo 11 and 12.

Below is the capsule and the airstream where they were quarantined. 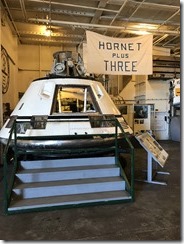 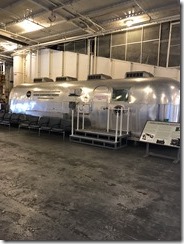 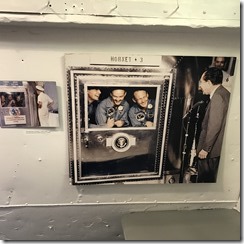 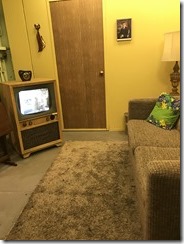 Does anyone out there remember sitting in a living room similar to this to watch the recovery?

On the lower hanger decks there were many exhibits from that era.  They covered many of the other carriers as well as the women in the Navy. 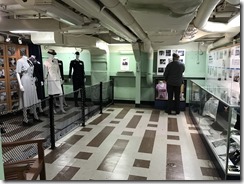 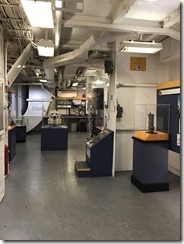 After walking through all of the exhibits on the lower decks, we headed up to the flight deck. I actually walked from one end of the deck to the other while we waited for a docent to lead a tour of the “Island” .The Island is that tall thing, six flights above the flight deck where they actually run the ship. 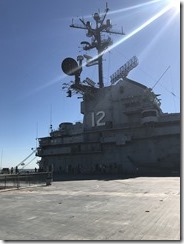 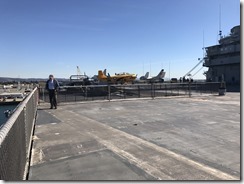 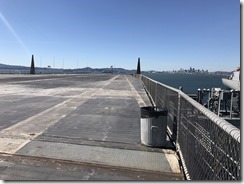 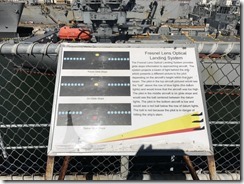 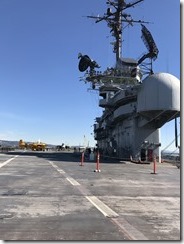 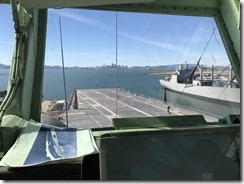 Looking out of the window at the top of the Island is San Francisco. 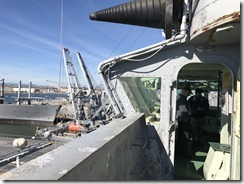 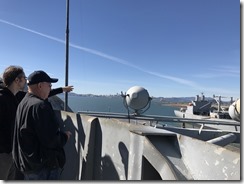 It was a great trip and well worth the effort and the walking, even if it took me a day to recover.

I just had to put this picture in of Angel and Bentley ( a neighbor’s dog).  Angel wasn’t very happy that he was on her pillow.  He wanted to play, but she wasn’t having anything to do with him.

She is much happier being by herself and with me. 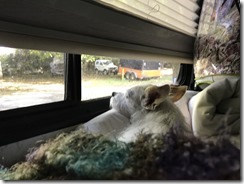 I sure hope the you all are having a wonderful Fall.  It has been beautiful here.  We have moved back to China Camp State Park in San Rafael. 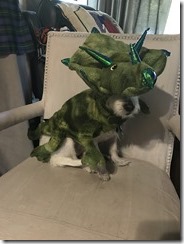 How humiliating!  Mom got me a new Halloween Costume,  I’m supposed to be a Triceratops dinosaur. 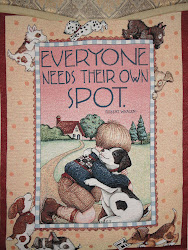